Brookline is a great place to be a fitness lover right now. In the past few months two new yoga studios have opened, and within the past two weeks both Pure Barre Brookline, and Coolidge Corner Crossfit have both opened their doors. Add this to the already awesome array of studios and gyms that are established in the area, and there is no reason for Brookline residence not to get a good sweat in!

Last Tuesday Pure Barre Brookline had a day of pre-opening complimentary classes to show of the new studio, and welcome old and new clients alike a chance to get a little LTB (Lift-Tone-Burn) action. I had done a one month unlimited challenge at Pure Barre Boston last April, but hadn’t been back since, so I was looking forward to getting in some tucking and some good shaking during a thigh sprint.

The studio was packed when I arrived, between the 5:30 pm and 6:40 pm class. Once a few of the girls from the earlier class had cleared out, one of the instructors gave me a quick tour and pointed me in the direction of the props I would need for class. This studio, similar to the Boston studio, has a changing room and two bathrooms. There is no shower though, so plan your early morning or pre-date workouts accordingly! They also have cubbies, rather than lockers, but they are right outside the studio, so I felt pretty secure leaving my gym bag there.

Don’t be misled by the nicely designed studio that makes you feel like you are at a relaxing spa or upscale boutique, instead of a fitness studio that will leave you a sweaty mess of shaking muscles. The studio has a chandelier, which you can enjoy while pushing through the pain of the final few moments of class during “back work” when you work on your Pure Barre “ledge” aka your booty. And the lobby has a wide array of super cute fitness clothing from Karma Yoga and Splits 59. You can even rock some Pure Barre merchandise during your work out, like hats, sweatshirts, official grippy socks, or cute leg warmers.

Erin was our instructor Tuesday evening and she quickly went over “tucking” which is a Pure Barre staple move. It means rolling your hips and pelvis forward to get a deeper burn in the abs or legs depending on the movement. Having taken quite a few Pure Barre classes this was just a refresher for me, but for my two Pure Barre newbie friends who were with  me this could have been elaborated on a little bit more. I think that they spent a lot of the class trying to figure out exactly what she meant when we would add a “tuck”, and it might have helped their experience a little more if they had a clearer understanding. I am guessing this was the case for a lot of the students who were new to Pure Barre, but I am also guessing that based on the hour time limit and the fact that a lot of the students were new, the instructor didn’t have adequate time to provide the one on one attention that  I have been used to seeing for new clients at Pure Barre. My suggestion to anyone who wanted to add Pure Barre to their workout schedule is to arrive at your first class early, and if the instructor doesn’t approach you as being new (they usually do!) then make sure you speak up! It will only give you a better experience overall and a better workout!

Aside from the rushed intro, I was happy to fall back into a familiar workout pattern, starting with some core, arms and stretching, moving on to legs and seated ab work, and finishing with more abs and seat work on the floor. One thing I have always enjoyed about the Pure Barre classes is the consistent class layout, but the challenge of different moves with each different day. Some things were new in Tuesday’s class, like holding the Pure Barre ball between our legs during the core work at the beginning of class, while some things were exactly as they had been last April during my challenge, like the 90 second plank hold and pushups.  Pure Barre always incorporates stretching in between working each major muscle group which is one of my favorite parts. I had certainly been more flexible by the end of my month last April, although much of that flexibility has been lost since then!

The new location is very convenient to the Coolidge Corner T stop on the C line. If you are looking to add some Pure Barre to your schedule you can try their New Client Special of 4 weeks unlimited for $100. Or you can try a drop in class for $23. If Coolidge Corner isn’t a great location for you, I also recommend trying out their Boston location on Newbury Street. Classes run from early morning into the evenings, so there are lots of options for getting your tuck on! 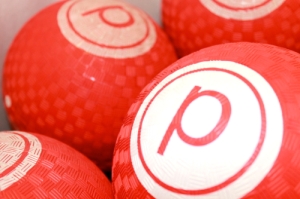 Times: Multiple classes throughout the day – check out the schedule here.

Intensity (1-10): 7. Come prepared to sweat and shake! The isometric movements may seem like they are tiny as you watch the girls in class before you, but I can promise that you’ll be begging for those little movements to end!

One thought on “pure barre brookline”